Moving IT infrastrucure from in- house to PAV’s data centre in order to improve resilience and efficiency.

Kew Electrical is an independent electrical wholesaler with a network of 28 branches across the South of England and Northern Ireland. Established in 1996 by Geoff Kerly, Kew Electrical has been crowned ‘Best Wholesaler’ in its category at the Electrical Wholesaler awards for three consecutive years.
In the fast-moving world of wholesale distribution, system downtime can be expensive both in terms of lost money and damaged reputation. Kew has relied on PAV to provide the right IT infrastructure and solutions since 2006, allowing them to concentrate on growing their business while delivering award-winning service.

PAV came recommended to us back in 2006, at a time when we had just 4 branches and turnover of approximately £5 million,” explains Tim Standing, Financial Director at Kew Electrical. "I recognised back then that we needed to move from having a single IT consultant to working with an IT partner that could develop a strategy to support our rapid growth. We now employ 320 staff at 24 branches, with a turnover of £70 million.” To help achieve this growth, Kew counted on PAV’s flexible & modular IT services and impartial advice on the most cost-effective solutions.

One of the pivotal projects in improving Kew’s IT infrastructure was migrating the server infrastructure supporting their UNIX ERP environment and Windows-based applications to the PAV data centre. Tim Standing explains: “We had a server room in Brighton, but were vulnerable to telecoms and power supply outages which were starting to impact trading at branch level."

“PAV suggested that we virtualise the servers and host them in their data centre which has the benefit of redundant power and telecoms as well as all the security measures that you would expect of an enterprise facility. The move has improved IT efficiency and resilience whilst providing a solid infrastructure platform with the flexibility to grow with our business.”

“We see PAV as a key business partner, supporting our day-to- day IT requirements while offering good advice and value for money.”

Reducing the business impact of WAN connectivity failure at branch level was another area that Kew asked PAV to provide an innovative solution to. PAV responded to the challenge with the design and implementation of automatic 4G failover firewalls at each branch, so that if the branch network circuit fails, systems automatically move over to a 4G backup circuit.
The PAV solution worked out 40% cheaper than other proposals over a five year period, and has the added benefits of automatic rather than manual failover and proactive monitoring and management.
“The 4G failover solution allows business to continue whilst the circuit is fixed and means that we are not relying on the same technology as the WAN,” explains Ben Parks, IT manager, Kew Electrical. “Unlike other proposals, the PAV solution is carrier agnostic so we have the flexibility to choose the mobile provider with the strongest signal strength.”

Planning ahead for the next phase of growth

As Kew’s business continues to grow, data recovery hardware has been installed at its head office to provide business continuity in the event of a data centre outage. Tim Standing: “Now that this infrastructure is due to be refreshed, we are discussing with PAV the benefits of migrating it to a public cloud-based environment to support our next phase of growth.”

“I receive excellent support and know that any issue I phone PAV about will be taken care of quickly. When a power failure left us with only 9 minutes to shut down our backup servers, PAV responded immediately to my emergency call and prevented any data loss.” 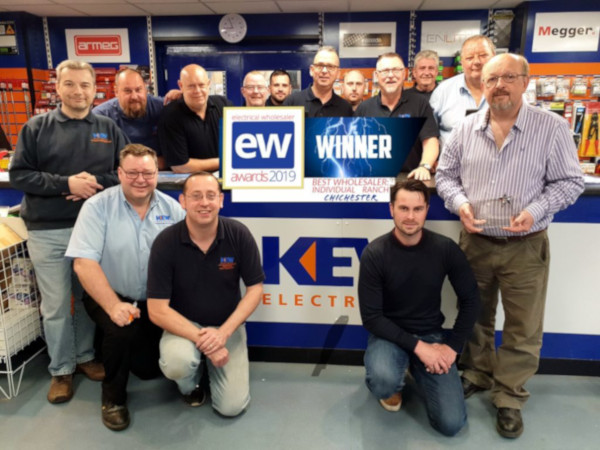 PAV I.T. Services delivers first-class IT Support, Project Delivery, as well as hosted Cloud and IT Security Services to companies of all sizes across the UK. Our customers trust us to optimise their IT infrastructures to boost productivity, maintain high levels of network security and free their time to focus on their business.

Contact us today to see how we can help your organisation

Simply enter your name, email address and telephone number and a member of our team will be in touch as soon as possible.