Cyberattacks and Your Small Business: A Primer for Cybersecurity

Cyberattacks and Your Small Business: A Primer for Cybersecurity 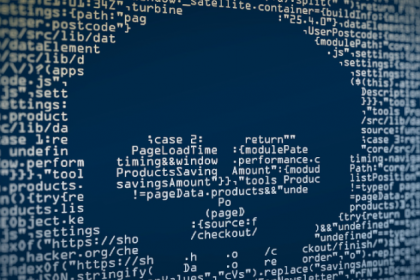 Cyberattacks can disrupt your business. This primer can help you stand up to bad actors.

Each second, more than 77 terabytes of internet traffic takes place online. As such, the internet has become a digital Silk Road that facilitates nearly every facet of modern life. And just as ancient merchants were sometimes beset by bandits on the actual Silk Road, today’s entrepreneurs can easily find themselves under attack from cyber malcontents working to derail companies through theft and disruption.

In recent years, headlines have spotlighted crippling cyberattacks against major corporations. While each corporate cyberattack resulted in millions of dollars in damages, most stories fail to mention the many data breaches that affect much softer targets: small businesses. According to Verizon’s 2019 Data Breach Investigations Report, 43% of breaches impacted SMBs.

You may not know when the next attack could occur, but taking proper precautions can hamper or completely stymie a hacker’s attempt at gaining access to your network. To help you avoid the mistakes of Target and, most recently, more than 20 government agencies, we’ve compiled info on why your SMB could be at risk and how to avoid a similar fate.

Why cyberhackers go after small businesses

When it comes to starting a small business, new owners have many decisions to make and often leave cybersecurity measures by the wayside. Unless they focus on shoring up their defenses, they may inadvertently end up leaving points of entry wide open for hackers. That can be a major problem. A report by the U.S. National Cyber Security Alliance estimated that 60% of all SMBs fail within six months of a cyberattack.

According to Towergate Insurance, SMBs often underestimate their risk level, with 82% of SMB owners saying they’re not targets for attacks. They believe that, researchers said, because they feel they “don’t have anything worth stealing.”

Stephen Cobb, a senior security researcher at antivirus software company ESET, said that SMBs fall into hackers’ cybersecurity sweet spot since they “have more digital assets to target than an individual consumer has but less security than a larger enterprise.”

Couple that with the costs associated with implementing proper defenses, and you have a situation that’s primed for intrusions. Since security breaches can be devastating to a SMB, owners are more likely to pay a ransom to get their data back. SMBs can merely be a steppingstone for attackers to gain access to larger businesses.

Cybersecurity attacks to look out for

Regardless of their target, hackers generally aim to gain access to a company’s sensitive data, such as consumers’ credit card information. With enough identifying information, attackers can then exploit an individual’s identity any number of damaging ways.

One of the best ways to prepare for an attack is to understand the different methods hackers generally use to gain access to that information. While this is by no means an exhaustive list of potential threats, since cybercrime is a constantly evolving phenomenon, business owners should at least be aware of the following types of attacks.

How to secure your networks

Just as more companies continue to grow their businesses online, so, too, will the need for robust cybersecurity measures. According to Cybersecurity Ventures’ 2019 Cybersecurity Market Report, worldwide spending on such products will increase from $3.5 billion in 2004 to an estimated $170.4 billion in 2022.

For small businesses looking to ensure that their networks have at least a fighting chance against many attacks, that generally means installing any number of basic types of security software available on the market, each with varying levels of efficacy.

Antivirus software is the most common and will defend against most types of malware. For a side-by-side comparison of the best antivirus software programs for small businesses, visit our sister site, business.com.

A hardware- or software-based firewall can provide an added layer of protection by preventing an unauthorized user from accessing a computer or network. Most modern operating systems, including Windows 10, come with a firewall program installed for free.

Along with those more surface-level tools, Cobb suggests that businesses invest in three additional security measures.

As you begin considering your options, it’s generally a good idea to run a risk assessment, either by yourself or with the help of an outside firm.

In addition to implementing some sort of software-based solution, small businesses should adopt certain technological best practices and policies to shore up vulnerabilities.

IT’s About Time…for our Spring Newsletter 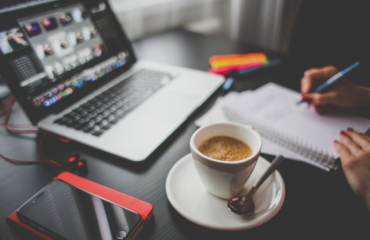 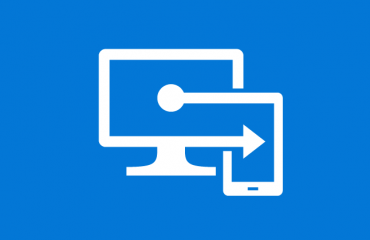 What is Microsoft Intune?